Polyglot Urtė Butkutė, a student of Korean language and culture at the King Sejong Institute (KSI) Vilnius, says Korean studies gifted her many unforgettable experiences and changed her life. She began studies at KSI Vilnius in 2014, when it was established on MRU's campus. She was a high school student, when she started to study Korean. Her interest in East Asia goes back to her youth. I can't explain why I was so drawn to this region of the world, she said. I discovered so much about myself and had some incredible life experiences. Here she discusses her studies and love for Korea, its culture and language.

There are many differences between Europe and South Korea she notes. When greeting someone in Korea, you need to bow. When presenting something to another person, it is necessary to hold the object in both hands. When entering a Korean home, one must take off your shoes. It is also necessary to maintain and show respect for the elderly, added Butkutė.

Mykolas Romeris University (MRU) together with Korea's Dongseo University (DSU) in 2014 established the KSI in Vilnius. It was the first such Institute in northern Europe, which gives students the opportunity to learn not only Korean, but also about Korean culture, traditions and life.

- You learned Korean language and culture, deepening knowledge of South Korean traditions, philosophy and history. This is a rather unusual study subject. What made you decide to pursue these studies?

- As I said, I started studying at the King Sejong Institute in 2014, when the institute was just established, and I was a gymnasium student at the time. I have been interested in East Asia since childhood. It has been and is still difficult to explain the attraction that I have for this part of the world.

- Did foreign languages ​​always interest you? What languages, besides Lithuanian and Korean, do you speak?

- I have a keen interest in all languages and that is reflected in my way of life. I have many friends from all over the world. I listen to music in different languages. I watch documentaries and read articles about various cultures. I have always said and continue to say if I had super powers, it would be the ability to speak all of of the world's languages. Besides Korean, I have studied German, Spanish, Japanese, and French languages. Without a doubt, English is one of my primary languages at work as well as in my personal life.

- How long do studies last at KSI?

- They were for a 4-year period. After they ended, I "graduated" with a good understanding of Korean language, culture and history. This paved the way for further studies in this area. I have a Bachelor's Degree in East Asian culture and languages. I am undertaking postgrad training in Malaga, Spain.

- There is a stereotype that studies are just dry textbook type studies. How did all this appear to you?

- When learning a foreign language you have to understand that textbook knowledge will not suffice. Real language and learning about another culture begins when you, yourself, can see, feel, taste, hear and experience the culture firsthand. You must feel the rhythm of the country and delve into the past of the country while discovering the present. You must taste local cuisine, experience the sights and smells of the country and listen to how the locals speak the language. That was my experience in South Korea. Although I spent lots of time studying and reading textbooks, my biggest lessons came from the live experiences I had - meeting people and the sights I saw there.

- Your studies fostered your development as an individual. What did these studies, in a international environment, mean to you personally?

- Many of my experiences left an indelible mark, forming my defining features. I often feel that I am carrying a part of Korean culture with me. This is very important to me and I can't imagine my life without it.

- Many Lithuanians only know about South Korea what they see in movies and films. What do you admire the most in this culture?

- During the journey, I met lifelong friends, tried our different Korean dishes, and visited so many interesting places. A most memorable moment of my journey was the opportunity to meet local Koreans. Although they were very shy, I admired their respect, humbleness, peacefulness and eagerness to help no matter what the situation. Up to now I am always in awe of how humble Koreans  truly are. In this culture people have a hard time accepting compliments. The usual response to a compliment is to deny it. It isn't customary to thank for a compliment received.That may also be impolite because it may mean you are acting up.

- What can you say about studies in Korea?

- My life in Korea was filled with many memorable experiences: excellent studies, friends from different cultures, trips and journeys and learning about various cuisines. Studies at Korea's university were interesting and high-quality, so often I was forced to spend many hours studying into the early hours of the morning. I would often study until 5 a.m. in the Library, which is normal for Korean students. After spending the night in the Library, they would head straight to lectures.

-What are you doing having returned from Korea?

- I am now back in Lithuania. I began working for a company and started pursuing Master's Degree studies in business management. In this way I want to unite my knowledge of the region of East Asia with international relations and business. I want to contribute to successful development of relations between Europe and the East Asian region as well as foster bilateral cultural understanding. 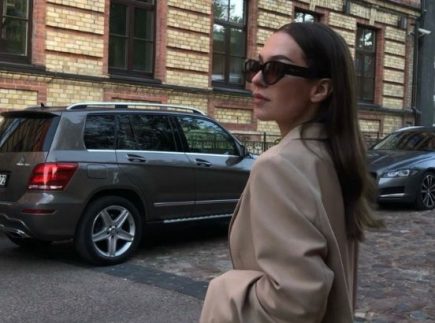 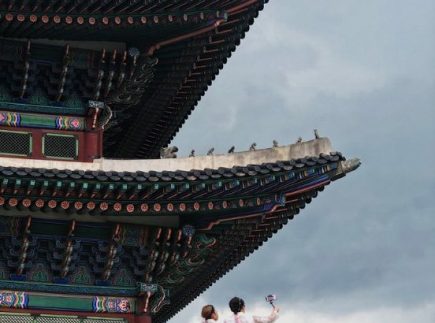