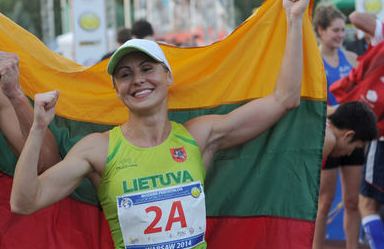 It featured MRU students who are the best of pentathletes, champions such as 2012 Olympic Gold medal winner Laura Asadauskaitė.

It's a time to honour athletes who have been crowned European, world champions.