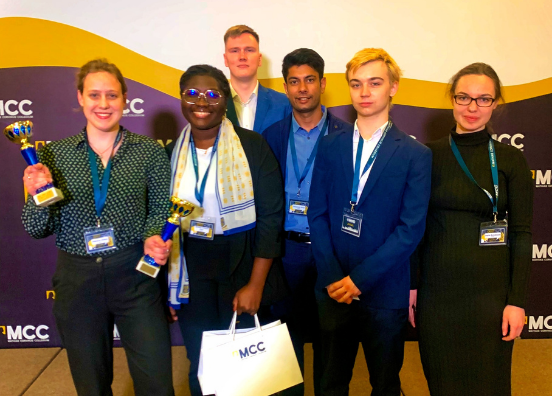 April 22nd-24th, 2022, the Mykolas Romeris University (MRU) Debate Club Team, divided up into 3 separate groups, participated in the international debate tournament, "Mind Open 2022" held in Budapest, Hungary. The MRU Team, "Rebel MRU," debated with the best teams from London, Vienna and Budapest. There were more than 40 participants from throughout Europe that took part.

MRU Debate Club President Kateryna Varava (Ukraine) was recognized as the "Best Tournament Presenter" and the "Best Newcomer" at the Budapest Tournament.

The "Rebel MRU“ Team members – Kateryna Varava and Ethelda Ankyaa Okai, successfully debated with teams from London, Vienna, Budapest. Having won several rounds, they moved on to the finals.  After a bitter battle, MRU Debate Club President –Varava won the final discussion and was recognized as "Best Tournament Presenter“ and "Best Newcomer".

"Debating is a unique method where you can learn and hone your skills. It is a way not only to clearly express your thoughts, but also to defend your position.  Debating is about life itself and life is a continuous discussion," said  MRU Debatų Club President K. Varava.

The Debate Club is open to all. Contact the Debate Team at: debatai@mruni.eu. 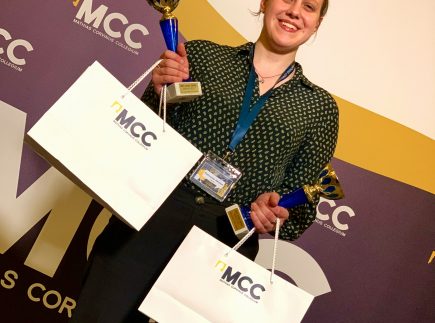 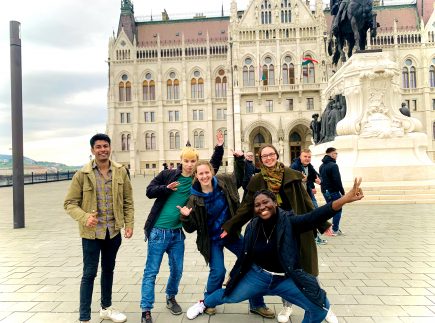