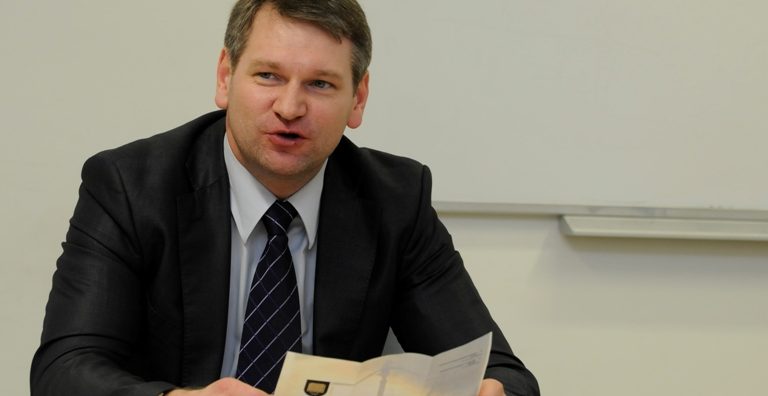 March 28th, 2013, MRU Law Prof. Aurelijus Gutauskas was sworn in as a Justice of the Supreme Court of Lithuania in a ceremony held in the Seimas.

Parliament members voted 97-5 to approve his nomination to the Highest Court.

Prof. Gutauskas told Seimas members that he will continue to lecture at the University on a part-time basis.

Gutauskas is a professor in MRU Law Faculty's Criminal Law and Process Institute. His appointment to the Highest Court takes effect immediately upon approval by the Seimas.

Prof. Norkus, a Judge of the Appellate Court, was nominated to serve on the Supreme Court.

Seimas members March 28th voted 101-3 to approve Prof. Norkus' nomination. However, Norkus was not sworn in because he had taken the judge's oath last year, when he was appointed to Lithuania's Court of  Appeals.

Justice Norkus will assume his duties in the Supreme Court April 15th, 2013.