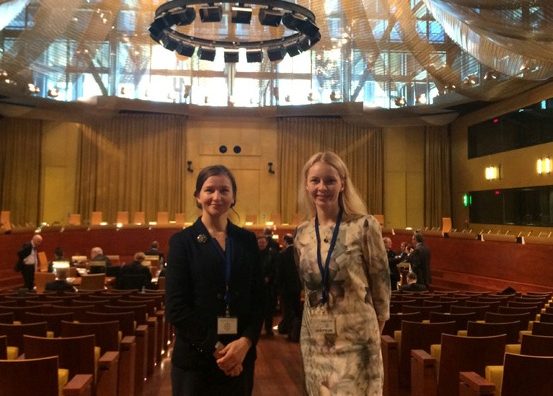 During the visit they met with Justices, from Lithuania, including Prof. Egidijus Jarašiūnas and E. Bieliūnas. They also met with EU General Court Justice V. Valančius, who recently began his duties at the Court.

Dean Jakulevičienė and Assoc. Prof. Tvaronavičienė also discussed possible areas of cooperation with MRU LAB in research and possibly student internships and training at the Court. There was also the possibility to take part in two Court proceedings regarding anti-dumping, banking and the Aarhus Convention.

The CJEU consists of three courts: the Court of Justice, the General Court (created in 1988) and the Civil Service Tribunal (created in 2004). Since their establishment, approximately 28 000 judgments have been delivered by the three courts.