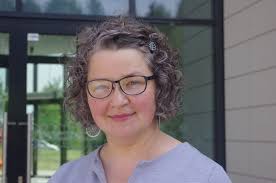 “In our daily life we come face to face only with the realities of our own life – how to make a living, complete studies, find a job, raise children, take care of our elderly parents. But when you start volunteering you see such things that you could never imagine. You come across people, situations which force you to rethink your own life,” said Lecturer Kurapkaitienė.

Dr. Kurapkaitienė is the author of the book, “The Basics of Work with Volunteers” and a consultant on volunteer issues as well as a Lecturer at MRU’s Educational Sciences and Social Work Institute. She discusses the meaning, forms and sources of volunteering in Lithuania with Laura Kešytė.

-Although there are many different forms of volunteering, it is commonly held that each volunteer activity should contain three aspects. First, there should be no financial compensation. Second, it is carried out by free will. Third, it is something done for others with whom you are not connected in any way and not done for yourself or those close to you. So are teachers, working overtime, considered volunteers? Probably not. Perhaps they are working longer hours because such is the school’s culture or because their managers order them or perhaps that it will bestow a better status on them. Additional work activities are not considered a form of volunteering, even if such activity is not compensated financially.

However, there is some unease when considered a survey carried out in 2019, when only 7% of respondents indicated that volunteerism – is work, which is undertaken by choice. Many indicated that it is activity for which there is no compensation. So it appears that in Lithuania volunteers are considered people to whom we can pay no salary. And, businesses seeking a profit are successfully taking advantage of this. For example, in festivals, where they are gathering volunteers. Let’s be open – it’s not volunteerism, but a way of exploiting people because unpaid activities provide a bigger profit only to those who seek it.

-When did the first volunteer organizations – initiatives form in Lithuania?

-In Lithuania, during the interwar period there were various types of volunteer initiatives. For example, women’s rights pioneer and writer Gabrielė Petkevičaitė-Bitė had gathered together more than 1,000 volunteers women throughout Lithuania, who would help other women acquire a profession and withdraw from a life of prostitution. That was a very bright period, which unfortunately was interrupted by the Soviet era.

During the Soviet era, volunteerism was fragmented and controversial. On the one hand, we had a lot of social help, expressions of solidarity focused on the poor, but they were associated with ideological obedience. There was no talk of the possibility of initiating activities of one’s own free will without the consent of the authorities. On the other hand, there were resistance and later dissident movements against the Soviet government. Thanks to them, we restored independence – we took part in rallies, in solidarity with others who opposed the communist dictatorship. Then there was a need to defend and preserve independence, and on the basis of this movement, the first national defense volunteers of independent Lithuania were formed.

-What is the difference between short-term and long-term volunteerism?

- Short-term volunteerism lasts from 2-3 months and often does not require much training. It can be oriented towards results, for example restoring cultural monuments or assistance in extreme situations, when going to hotspots throughout the world and eliminating the effects of war or natural disasters. Different organizations have their own way of reacting. For example the “Red Cross” reacts mostly to crises. “Caritas” and “Maltiečiai” implement activities related to volunteering. It’s possible in organizations to volunteer for short periods or longer.

Those engaged in long-term volunteerism receive special training. Those that would like to volunteer in these organizations such as the Chilren’s Hotlne or the Youth Hotline, have to have certain competencies. Having completed the training, the volunteer undertakes activities for half a year, a year or longer.

The basic difference between long-term and short-term volunteerism is psychological involvement. The experiences differ. It’s one thing to distribute soup half a day and quite another to visit an elderly person for an entire year – to talk with him, experience his life crises and to experience emotional movements together and perhaps even bury this person. For this reason that is why preparation of the volunteer and having a presence nearby, is important in long-term volunteerism. It’s also important to discuss and talk about issues and problems which volunteers must confront and how they react to their experiences.

- What is the return to the volunteer himself who engages in volunteerism?

-Today, I think that one of the main things that a person gains is a new self-perception through a relationship with another person. The volunteer creates a relationship, which helps him to create himself. Often we like to see ourselves as more human, more compassionate, more open to others. We can not do that without a relationship, which often can be scary. I often remember a quote from one of the research participants: “ I saw that handicapped person in front of me and I could not look at him and it was scary not for him, but for me because of my reaction.” It’s scary for us to spend time with a dirty, unkempt person with a disheveled appearance, because in contact with him it’s almost as if we identify with him.

However, in deciding to meet with all types of people it’s as if I legitimize those parts of identity, which I deny or try to hide. In such a way, volunteerism becomes a path to one’s self-acceptance and being a better person. It is interesting to note that many volunteers engaged in volunteering often resolve questions that are of relevance to them at that time. A young person volunteering for a longer period of time often thinks over professional choices because he begins to want that which he wants and not what he should want. Life of the elderly becomes more healthy and happy beause they are satisfied with that which they need the most at that time.

-Volunteering becomes a success, when there are authorities, when you are volunteering. What is an authority? It’s a person, who knows, understands and has more competencies in the area of independent activities than the volunteer. It is interesting that volunteers themselves choose their own authorities. You can not force the choice.

It’s paradoxical that today we often hear that society is experiencing a crisis of authority, a hierarchical relationship crisis. Meanwhile, in my academic research, I find that authorities are very important in volunteerism. It is precisely the youth that are searching for authorities with whom they can build a strong relationship based on trust and to gain recognition in that relationship.

(This article is adapted from an interview published in the online news portal 15min June 7th, 2020)