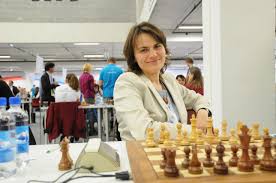 The World Chess Federation unites 188 member federations and is one of the largest sports federations in the world.
Zaksaitė is the 1st representative of FIDE from Lithuania since 1924, when FIDE was established.
MRU Assoc. Prof. Zaksaitė is not only a Criminal Law Scholar, but also a Women's International Master (WIM).
She has been taking part in chess championships from her youth.
Zaksasitė has been Lithuania's girl's and women's champion (2014, 2016) and is an international master, who has for several years successfully played for MRU's Chess Team in Lithuania's Women's Chess League.